“Half awake and half in dreams, seeing long forgotten scenes…”

This morning, in that magical half-world between sleep and waking, I imagined that Frida, accompanied by Benny, would perform “Andante, Andante” at the ABBA Day in Sweden this year.  Then I imagined all four of them would be there and perform “The Way Old Friend Do”.  I also dreamed that I was up in the country at my grandparents’ house for school holidays in the 1970’s… where I received my very first ABBA tape!

Then I heard the news and I immediately thought it was 1st April… an April Fools joke…  but it’s 28th April 2018 and it is OFFICIAL news… ABBA HAVE RECORDED TWO NEW SONGS: “I Still Have Faith In You” and “Don’t Shut Me Down”.  At least one to be released in December and the video will be performed by the new Avatars from the upcoming “Live” stage shows.

To top that off, a little later, my partner puts his phone down in front of me and starts playing a new track… FRIDA’S new version of “Andante, Andante” which proves that her voice is as beautiful as ever.  Of course, it was a little disappointing that it was sung in Spanish but the other news completely removed all the sting from that.

What an amazing day to wake up to… an ABBA MIRACLE! 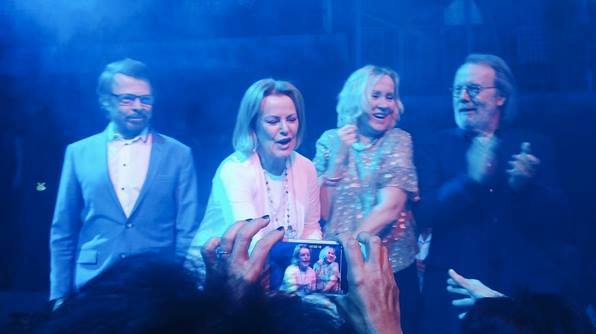 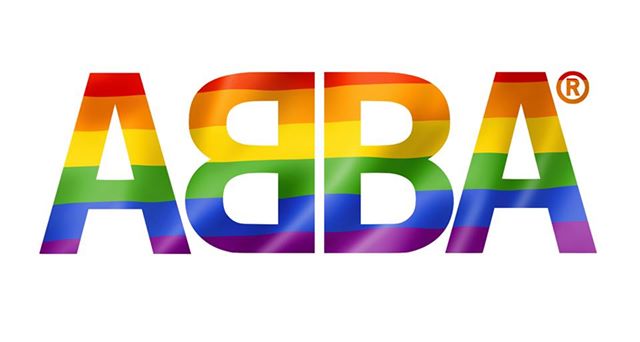 ABBA’s return to the recording studio is one of the most long-awaited, surprising band reunions in music history – and here’s what to expect from their “magical” reconciliation and their first song in 35 years.

In an exclusive Australian interview with Fairfax Media, long-time ABBA business partner and confidante Gorel Hanser, who was in the studio for the reunion recording session, reveals: It’s a ballad.

The song, I Still Have Faith In You, was specifically written for this reunion by the ABBA men – Bjorn Ulvaeus and Benny Andersson – and is not a dusty composition pulled from the bottom drawer from the 1970s.

It’s sung together by the ABBA women, Agnetha Fältskog and Anni-Frid Lyngstad, re-igniting their instantly recognisable vocal duel but with neither taking a solo lead.

And the making-of story behind this reunion was a warm, emotional affair when the four band members – two pairs of former spouses – finally came together again to record their first music since 1982.

“It was wonderful,” Hanser says. “It was magical. It was a very warm, relaxed, happy atmosphere, no hard feelings, no stress… it was like 35 years hadn’t passed. Like back in the old days. It was very emotional.”

The band left the studio “very happy, all of them”.

In a statement, the ABBA members said: “We all four felt that, after some 35 years, it could be fun to join forces again and go in to the recording studio. So we did. And it was like time had stood still and that we only had been away on a short holiday. We may have come of age, but the song is new. And it feels good.”

The recording session was driven by a semi-reunion project flagged two years ago, a vaguely defined show involving ABBA reproduced as digital avatars. That ABBA-avatar project is still going ahead but now with this new original music attached, Hanser says.

“Along the way, Bjorn and Benny talked about maybe it would be good to have a couple of new songs included in this show… and then they wrote some new songs for this show. This was something that gave them the idea of writing something new for ABBA, for a special cause, for a special project.”

The band has recorded two new songs: I Still Have Faith In You, which the world will hear for the first time when the avatar show is revealed in a TV special in December, and another song, Don’t Shut Me Down, that is likely to follow as a single release when it premieres on the avatar tour.

“I think you do it the same way as you have always done it – the best you possibly can,” Hanser said.

“They have always done it their own way. They did it today the way they always did. The way Benny writes music. And the lyrics are more mature… the way they are today.”

As to the question fans worldwide now want answered: Does this mean a possible on-stage reunion? Hanser has bad news.

ABBA famously knocked back an offer of $1billion to reunite for a world tour and apparently it’s the same response now.

“No,” she says. “They will not be performing as a group again.”

That leaves the avatar tour as the only live hope for the ABBA faithful, and that tour is certain to include Australia, where the band first exploded as a music force in 1975.

WIN a FREE COPY in our REVIEW CHALLENGE!

Win a signed copy of the EXCLUSIVE LIMITED EDITION Print Run of ENGLE BYEN: A PLACE TO CALL HOME.  Includes BONUS of THREE new Short Stories by DAVID GOLDON and the first two chapters of the thrilling Prequel, THE ROAD TO ENGLE BYEN. 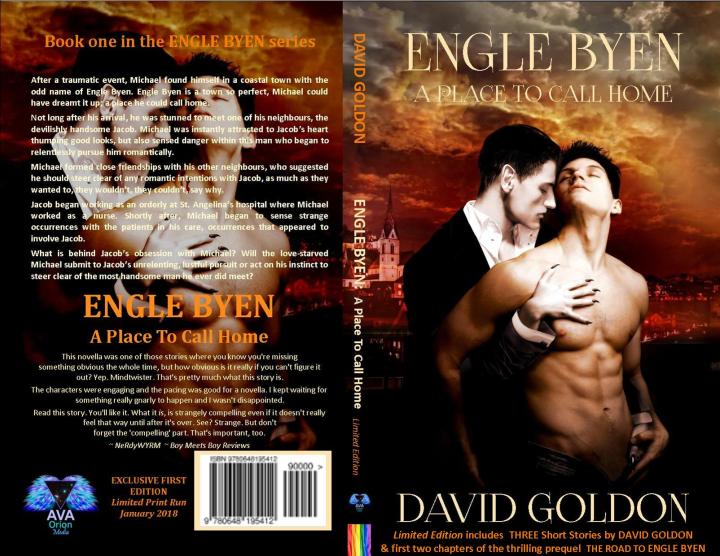 • Just go to the links below and purchase the eBook.
• Write a positive review then submit the review to Amazon or Smashwords.
• Email a copy of your review to davidgolddon@gmail.com (note the different spelling of his email address!!!) and you will go into the draw to win an Exclusive Limited print copy.

This paperback print version of DAVID GOLDON’s brilliant first novel will only be available until the release of the prequel, THE ROAD TO ENGLE BYEN mid February 2018. It will then be taken out of print… making it a collector’s item.

All entries must be received by midnight 15 February 2018 (Australian Eastern Daylight Time) and the winners will be contacted by email by 20Feb2018. If you have previously purchased the eBook, you are eligible to enter your review!

It started with me being determined to be happy.  For me, happy meant adding financial freedom to all that I have and moving forward from there.

2018 arrived today and I’m still not really “happy” but I’m definitely in a better place.

2018 is the year I wish you all success, peace and freedom.

May we all have a vision, now and then

Of a world where every neighbour is a friend

May we all have our hopes, our will to try

If we don’t we may as well lay down and die, you and I

No more champagne and the fireworks are through

Here we are, me and you, feeling lost and feeling blue

So unlike yesterday, now’s the time for us to say …

Sometimes I see how the brave new world arrives

Oh yes, man is a fool, and he thinks he’ll be OK

Seems to me now that the dreams we had before

Are all dead, nothing more than confetti on the floor

At the end of this decade, or in another ten years time

Who can say what we’ll find, what lies waiting down the line

With another Auld Lang Syne… 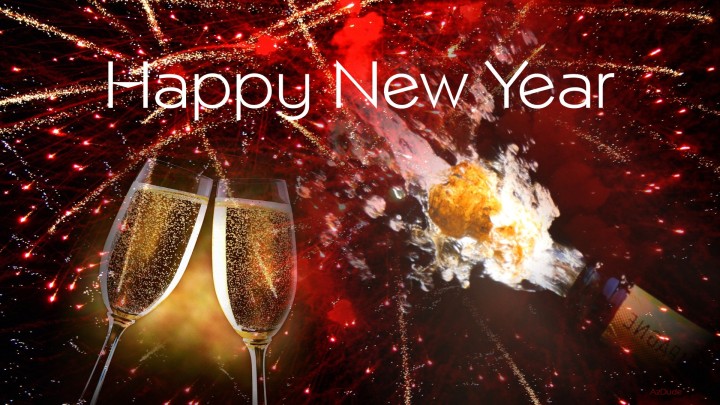 This was written a few days after the major drama I had at my former work which eventually led me to resign eight weeks later. When I saw this image I said: “That is EXACTLY how I feel” and I wrote this piece within half an hour! Stay tuned for more about that explosive time in my upcoming posts…